Camaraderie: Lifelong Friends in the Army 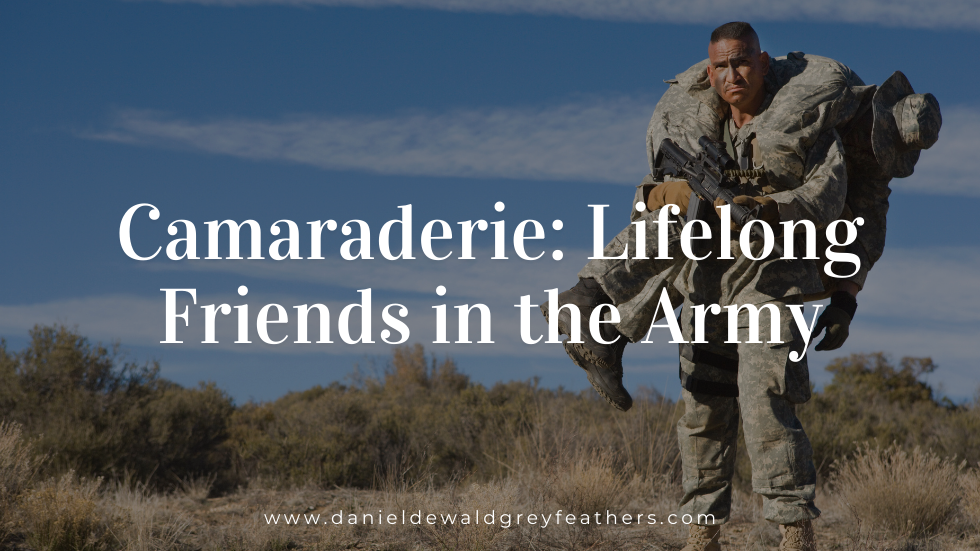 Anyone who enlists in the army gains a lot of benefits. Through the harsh training, an individual may gain knowledge, leadership, discipline, and determination along with other tangible benefits like job security, medical and dental care, and many more. However, among these benefits, two stand tall above the rest. Those are the excellent opportunity to serve one’s duty to their own country and the camaraderie. This piece will talk about the latter.

touches upon the bravery and unselfishness of the soldiers of the 3rd Battalion, 12th Infantry, 4th Division as they fight for their country and for each other. He details how the Braves (Division’s nicknames) looked out for each other as they followed their mission in Vietnam. Theirs was an inspiring show of camaraderie.

Camaraderie is a military term that finds its roots even further than the history of man and warfare. In essence, this military bond is what keeps units stick together. The better the camaraderie of a unit, the more cohesive it works. For many, camaraderie is what matters most when all is said, and all is done. The friends made during basic training will be tested by bullets and battle, but they will come through it, forged and tempered so strong that almost nothing will be able to break it.

Companions Through and Through

A unit doesn’t always start being a cohesive, well-oiled machine. It doesn’t happen overnight either. In the beginning, new recruits often stayed on their lanes. Being new, they might be wary of the new environment and the new people they are surrounded with. This is a normal thing, and with time this will change. Sooner or later, these different people will realize that they have or will have a shared experience. Constant training and discipline will form their bond. This is a crucial bond as this will be key to their survival once deployed. As mentioned above, a unit with good camaraderie is very cohesive. Units with a more solid bond are often the units that complete their missions successfully. Each individual in these units has a sense of collective pride. They usually are united in their purpose, which will translate into a singular strength. Such strength will amplify their accomplishment. A good unit with solid comradeship has each member who looks out for each other and has their companions back. This will make them endure complex challenges and triumph over the hardest tribulations.

Another thing that comrades in arms give you is a support system. People in units with good camaraderie watch each other’s backs in times of duty. They will also be there to support each other in other ventures. Everyone will be there to push each other. This means that each member will inspire others to chase excellence. In the search for shared excellence, comrades in arms will be there for each other to complete their goals. For such a band of brothers, no man will ever be left behind.

When All is Said and Done

The bond that people share in the army does not end when service ends. These people are bonded for life. In the face of their brotherhood, time means nothing. Members of the same unit light up and talk about their experiences when they are given a chance to have a reunion. These are exceptional times for them; only these people would be able to understand. For these people, their comrades occupy a special place in their hearts. It’s a hole that not even civilian co-workers, friends, or even their own family members can fill. As such, for people who have gotten out of the military service, civilian life can be complicated to adjust to. They seek the camaraderie and the brotherhood that define their worth, purpose, and self-esteem for the better part of their lives. Nothing in the civilian world will feel the same.

You can buy Daniel M. Dewald’s Grey Feathers: Led by Love of Country through the author’s website or Amazon.com